Since I was a small boy all I ever wanted was to be a musician. However, at eight years old, conducting an imaginary orchestra from records on an old turntable to the actual thing is quite a journey. There have been disappointments along the way but it is possible, not easy perhaps but possible.

I have been extremely fortunate to enjoy a career doing something I really enjoy, a career which has taken me around the world several times and allowed me to gather some wonderful friends. Mistakes? – certainly, ‘I’ve made a few’. One in particular when I was a young man continues to fill me with immense sadness and regret. However, music and particularly the piano, remains a source of joy, comfort and personal satisfaction.

Now I enjoy the creative process, be it music or literature probably more than at any other time in my life. Each day there is so much to continually learn and that is a delight; to then create, record and hear it performed by wonderfully talented musicians and actors is a joy.

On this website you can hear some of the music I’ve written, discover some of the things I’ve managed to do and what is planned for the future.

Excelling at classical piano from age six he was also encouraged to listen to and play an eclectic range of music, something which proved to be beneficial in later years. Although he played in school concerts before this, Mellor performed in public from age twelve in local productions and dance groups, later moving into cabaret and theatre work, not returning to classical works until later in life.

Winner of ‘Best UK Songwriter’ he went on to conduct, arrange and collaborate with many artistes and musicians. He has been personal musical director for numerous international singers, conducted and performed in musicals in London’s West End and been guest conductor with the Moscow, Prague, Warsaw and Scottish Symphony Orchestras.

Now principally a composer and arranger – he has written a large and varied mix of work from the jazz influenced ‘Meet Me in Paris’ which was greeted warmly by then Paris Mayor M. Bertrand Delanoe and is the title music for a French screenplay from a Book of the same name; the moving 9/11 composition ‘Peace Anthem;’ to a piece for Symphony Orchestra about a Great War Tragedy in his hometown, one of several symphonic pieces he has composed.

In addition he has appeared on countless recordings for artistes as well as television and radio worldwide and has numerous composing credits to his name. 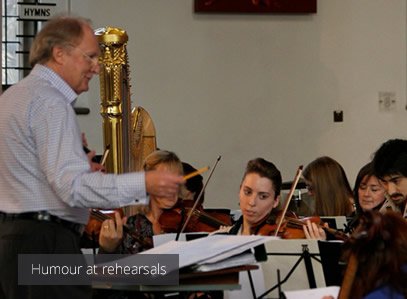 As a vehicle for his compositions and arrangements David formed David Mellor’s 22 piece Jazz Orchestra featuring UK Tenor Saxophonist ALAN WAKEMAN and an array of excellent musicians performing new compositions and originals from David’s ‘Meet Me in Paris’ album. Also in the programme is the music of Michel Legrand, John Barry, Michael Buble, Aretha Franklin, Stevie Wonder, Miles Davis, Django Reinhardt, Bob James, Stan Getz, Diana Krall and others. Rehearsals for post pandemic concert performances at theatres and concert halls in the UK & Europe are now scheduled and we thank our new sponsors and supporters for allowing this to happen. Check BLOG bar at the top of this page for updated information. For bookings/sponsorship enquiries please use the contact button.

Following on from a successful World Premiere Concert at Blackburn Cathedral where he conducted his new symphony, ‘Tragedy on Darwen Moor, December 1917’ further concerts are now planned. Also at that concert he conducted an extended symphonic version of his 9/11 work ‘Peace Anthem.’

David also occasionally performs in his own One Man Show: ‘A Life in Music’ in which through music and anecdotes he tells of his life as a Professional Musician. From first piano lessons through London West End Musicals; Television, Radio, Recording & travelling the World as Personal Musical Director to International Singing Stars including UK vocalist Matt Monro.

Member & Supporter of The Royal Society of Musicians of Great Britain.
Supporter of Research into a Cure for Menieres Disease.
Supporter of Nordoff-Robbins Music Therapy – a music charity dedicated to improving the lives of children & adults. 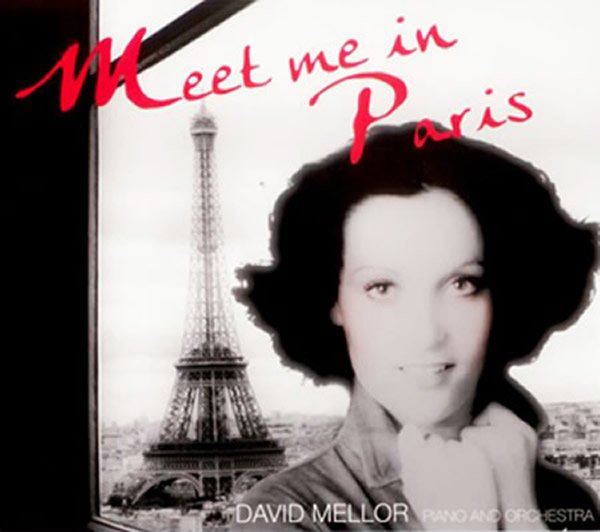 Listen to Meet me in Paris

Meet Me in Paris

This music is based on two people who cannot be together but agree to meet in a particular café in Paris on her birthday each year. Music describes one of them waiting expectantly…

The music and lyrics are a young person’s view of the world and their hopes and dreams for the future.

Written and scored to be choreographed, this describes a young couple meeting for the first time, their initial attraction, their first dates and then both being carried away in romance.

A personal reflection of an unhappy time in life with the music the antithesis of those involved.

Unauthorised reproduction is forbidden. All artwork, images, music and text displayed on this website is copyright and may not be reproduced in any way without the written consent of the author. It may not be used elsewhere on the internet, within other websites, or in print, without the written permission of the site owner and author. The different quoted or used products are property of their respective authors.